Drug and alcohol use affects performance on and off the field. We want our student-athletes to be aware of the facts about drug abuse, the real rates of use, and the consequences of using alcohol and other drugs.

• Heavy drinking results in projected losses of up to 14 days of training.

• Consuming 5 or more drinks in one night affects brain and body function for up to 3 days.

Effects of a Hangover:

Tips to Take with You:

Discuss your training goals with friends, ask them to support your decision to limit alcohol, and engage in social activities that do not include alcohol.

Eat Before Or While You Are Drinking

Eating carbohydrate-rich foods after exercise helps replenish muscle fuel stores. Having food in your system slows down the rate at which alcohol can be absorbed into the bloodstream. Eating while drinking also slows down your drinking pace and fills you up. This does not mean you can keep drinking as long as you are eating.

If you do decide to have a drink, alternate alcoholic beverages with non-alcoholic ones. Start with water, juice or soda. You will drink much faster if you are thirsty, so having a non-alcoholic drink to quench your thirst before you start drinking alcohol is a good idea. Drink slowly, take sips rather than gulps and put your glass down between sips.

Be the Designated Driver

If you have made the decision not to drink and are worried that there might be pressure from your friends or teammates to “have a few,” let them know that you are the designated driver. They should respect that decision…and it will save them money in cab fares.

Drink One Drink at a Time

Do not let others top off your drink if you have not finished it. It is more difficult to keep track of how much you’ve had to drink if you do.

Drinking a round with friends encourages you to drink at someone else’s pace. If you do get stuck in this situation, buy a non-alcoholic drink for yourself when it is your turn.

Look Out For Each Other

Watch out for your friends and teammates, and let them know if you’ve had too much to drink.

End the Evening With Water

One of the best ways to prevent a hangover is to rehydrate. Make sure you drink plenty of water before you go to sleep.

• Over 50% of NCAA athletes don’t engage in binge drinking.

• 75% of NCAA athletes have not done something they later regretted because of alcohol.

• 72% of NCAA athletes have not forgotten where they were or what they did because of alcohol.

Consequences of Drinking Alcohol in the Last Year:

• More than 74% of NCAA athletes have not performed poorly on a test or important project.

• Over 67% of NCAA athletes have not missed a class.

• More than 74% of NCAA athletes have not performed poorly in practice or a game.

• Over 74% of NCAA athletes have not physically injured themselves.

• Over 79% of NCAA athletes have not shown up late or missed a practice or a game.

• Over 77% of NCAA athletes have not been in trouble with the police or other college authorities.

• Over 69% of NCAA athletes have not ridden in a car with a driver who was under the influence.

• Over 77% of NCAA athletes have not damaged property because of alcohol.

• myPlaybook  - A collection of online lessons that use evidence-based strategies to promote the health and well-being of student-athletes. 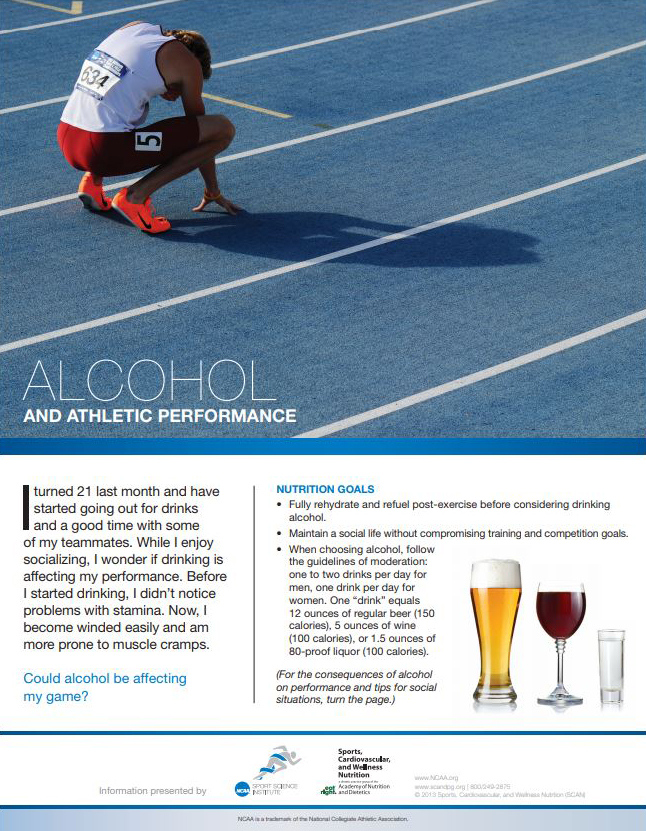 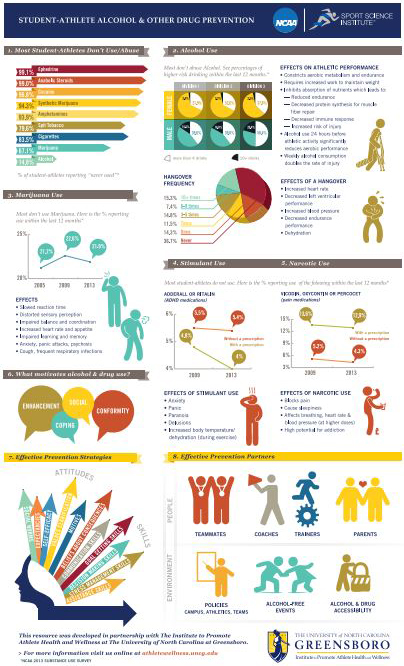 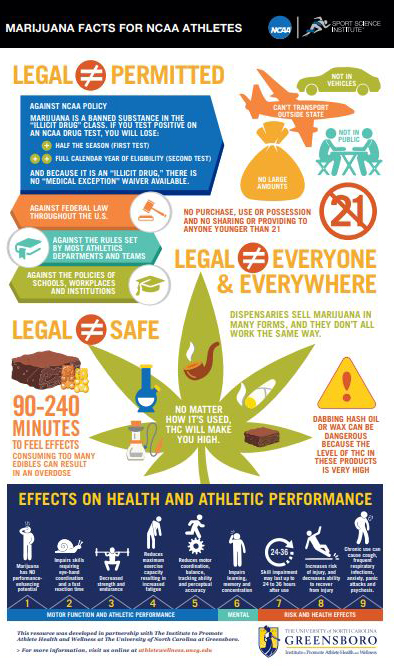